THE JORDAN OF ALGORAN SERIES

"Whew, what a way to begin a series! Jordan pulled me in from the beginning and made me so curious about her as a person and how Allen Steadham would mold her as a character."


"Thank you to this author. To those who want a really great story that is intense, engaging, fantastic, clean and God-inspired story, here it is!"


"My first read from author Allen Steadham, caught my attention in the opening pages & I never put it down until completed." 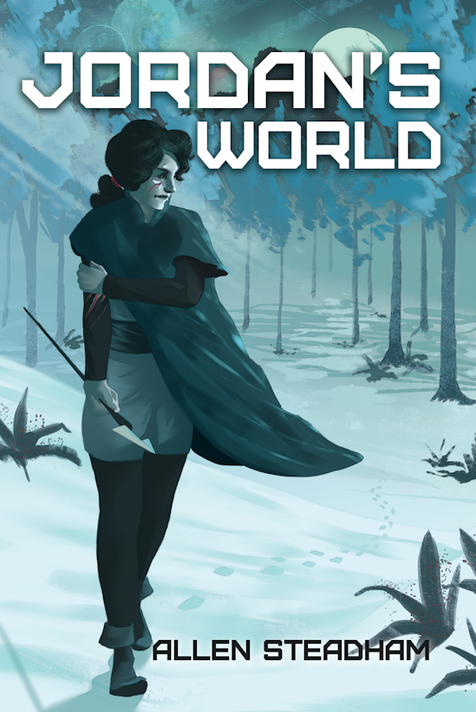 Jordan Lewis and her mother have been abducted and marooned on an alien world.

Taken in by a friendly tribe of natives, Jordan tries her best to adapt to living on this strange planet called Algoran. Jordan becomes a respectable huntress, but she still longs for the life she once knew on Earth.

When she learns the beings who took her may be on the other side of Algoran, she sets out for answers. Joined by three of her fellow hunters, Jordan crosses dangerous terrain, facing perilous creatures and people.

Will Jordan risk death for a chance to return to Earth?

What is God's will for her life on Algoran?

Exploring the life of an ordinary young woman torn from all she's ever known, Jordan's World shows that God reigns over the whole universe, and that consequences can sometimes span solar systems.


You can buy Jordan's World  (Book 1 in the Jordan of Algoran series) at:

Jordan's World is now available as an audiobook! Buy it now on Audible

"Avatar, Lord of the Rings and The Lion, the Witch and the Wardrobe meet in Jordan’s Arrow to tell a story of how seeking an escape from your problems can become a 'portal' to finding your true purpose when God and His Son become part of your story."


"I loved this second story as we got a chance to know more about Jordan and her life on Algoran. The adventure and plot only thickens with each turn of the page."


"I enthusiastically recommend Jordan’s Arrow, the second book in Allen Steadham’s Jordan of Algoran Series. It’s a thrilling read, and I expect that you, like me, won’t be able to resist the urge to read the entire book in one sitting. (The kids and work can wait!)." 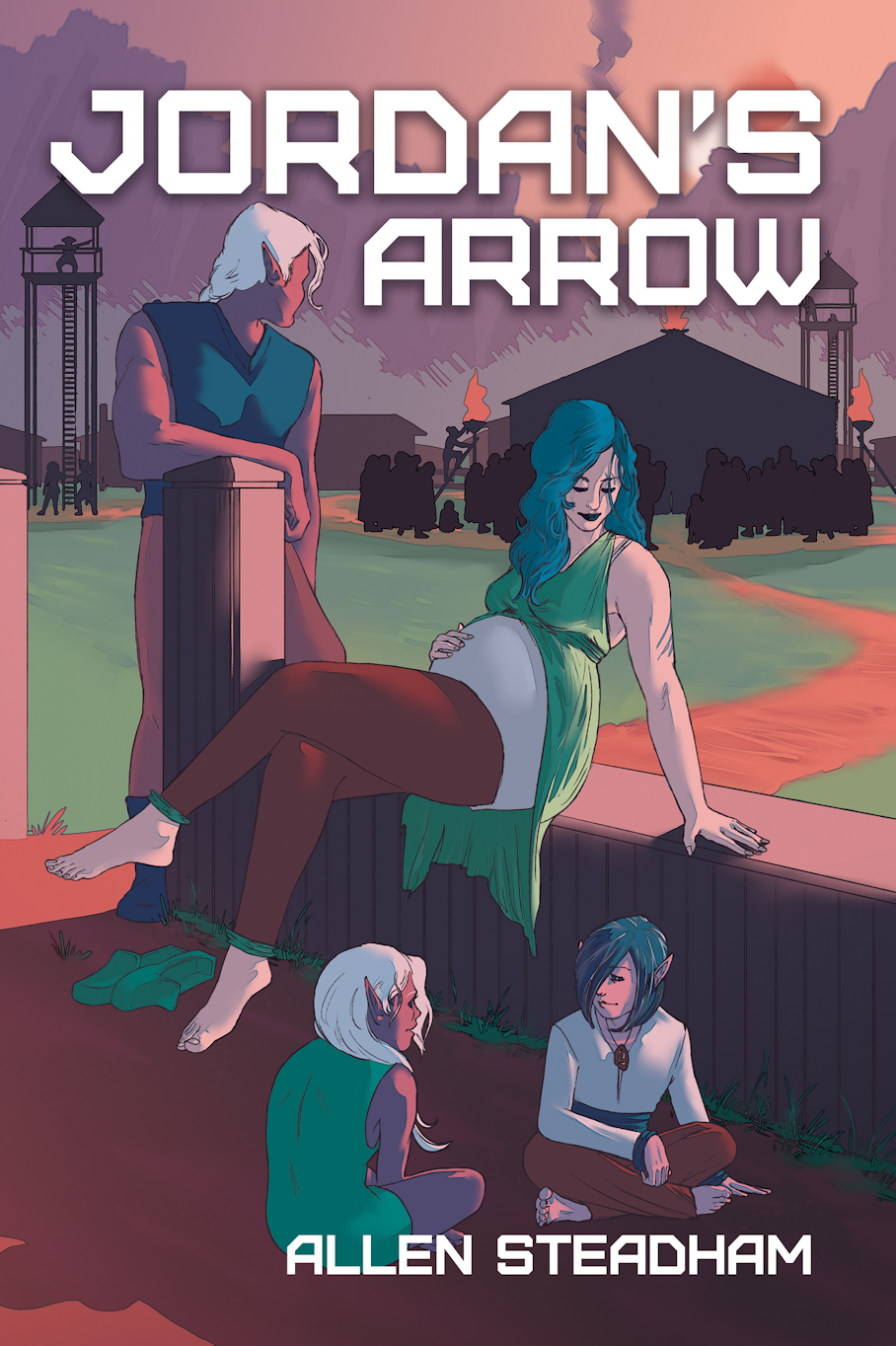 War has come to Algoran. The Gulstaa nation is determined to expand their territory with merciless resolve. Their end goal is revenge for a past defeat — they want to conquer the Mountain Mokta and anyone else in their way.

Jordan SnowFire is now the Mokta Chieftess. She has the daunting task of stopping a conflict she never asked for. Will she seek the wisdom of God or the wisdom of her tribe? What impact will the blood of SnowFire flowing through her veins have on the way she conducts this war? How far will she go to protect her family and the Mokta people?

Meanwhile, Erica Melendez finds herself trapped in the middle of the hostilities. Tragedy forces her away from the Ullvarr village and into circumstances she never imagined when she came to this world. Can she survive long enough to be reunited with Jordan?

Loyalties are tested. Decisions are made. And Algoran will never be the same after Jordan’s Arrow finds its target.


You can buy Jordan's Arrow (Book 2 in the Jordan of Algoran series) at:

"I highly recommend this series. There were quite a few life lessons to learn throughout the entire series, and it was done in an enjoyable fashion. The characters were easy to relate to, and the world-building was wonderful."


"Jordan faces the hard issues of both immortality - always an interesting subject...and the passing of time - which is one of the most relevant of all issues."


"A lifetime was highlighted through this series and I have found it to be one that I truly loved. The characters stayed with me long after I closed the book. And it was wonderful to read a science fiction series that offered more than just action. It was a deep look into what makes us... us."

The Onchei are back.
And trouble looms...

The Onchei want to learn what happened to their brethren on Algoran from the only survivor, Zeetra. Yet they learn instead she has broken the Onchei’s highest law: never intermarry or have children with another race. For this, she now faces execution.

Jordan SnowFire fears the Onchei will blame the Mokta and seek retribution soon. Only an ancient heirloom, which contains the ultimate Onchei knowledge, can save the Mokta...except it's on Earth, a world she hasn't seen in decades.

Jordan sends her son, Arrow, and her friend's daughter, Maska, to rescue Zeetra while she travels back to Earth to seek the Onchei artifact. What tie is there between a thousand-year-old object and Jordan's ancestors? Could this explain why she and her mother were originally abducted and brought to Algoran?

In the skies of Algoran, a final confrontation looms between the Onchei and the Mokta. And on Earth, Jordan finds more than she could have possibly imagined...


You can buy Jordan's Deliverance (​Book 3 in the Jordan of Algoran series) at: